Q No 1: The British Indian Government announced the partition of Bengal in 1905 because of:

Q No 2: Quid e Azam resigned from the Indian National congress due to:

Q No 3: Which of the following leader had convinced Quid e Azam to join All India Muslim League:

Q No 4: Pakistan National Movement was launched from England in 1933 by?

Q No 5: The central part of Govt. of India Act 1935 was not enforced because of:

A) Required number of Princely States declined to join the Indian Union
B) Diarchy System in the center was unacceptable to Congress and Muslim League
C) Starting the Second World War
D) British Indian Govt. was not willing to enforce it

Q No 6: The Founder of Indian National Congress was :

Q No 7: The Largest Princely State by area at the time of Partition was:

Q No 8: The Central National Muhammadan Association was founded in 1877 by:

Q No 9: The Constitution of the All India Muslim League was drafted by a Committee in 1907 headed by:

Q No 10: Which Amendments  were proposed by Quid e Azam in the Nehru Report 1928, to make it acceptable to the Indian Muslims?

Q No 11: Maulana Mohammad Ali Jauhar had starting publishing his famous English Newspaper “Comrade” in 1911 from:

Q No 12: Liaquat Ali Khan joined Muslim League as a member in:

Q No 13: What was the significance of 21st annual session of All India Muslim League?

Q No 14: Which of the following leader helped Quid e Azam in the preparation of his fourteen points in 1929:

Q No 17: In the Provincial Election of 1937, All India Muslim League won largest number of seats in the:

Q No 18: The Indian Muslims observed “Day of Deliverance” after the resignation of Congress ministries on:

Q No 19: Chaudhry Rehmat Ali first Used the word “Pakistan” in his pamphlet “Now or Never” in :

Q No 20: Identify the Secretary of State for India who led the Cabinet Mission in 1946?

Q No 22: Lahore Resolution of 23rd March 1940 was secondary from Sindh Province by:

Q No 23: Congress launched “Quit India Movement” against the British Govt. in:

Q No 24: Gandhi-Jinnah talks were held in 1944 to discuss the C.R Formula prepared by:

Q No 26: After Sir Agha Khan, the next President of All India Muslim League was:

Q No 27: The Hindu had launched “Swedishi Movement” (to boycott English made goods) in the wake of:

Q No 28: The Pirpur Report on the brutalities of the Congress ministries 1937 was compiled by:

Q No 29: The British Parliament passed the Indian Indian Act on:

Q No 30: Who among the following leaders had translated the Lahore Resolution from English to Urdu on 23rd March 1940?

Q No 33: Cawnpur Mosque tragedy had taken place in:

Q No 34: Quid e Azam surrendered the most cherished demand of the Muslims “Separate Electorate System” under the:

Q No 36: “The Politics” is considered as the first book on the art of government, identify the author:

Q No 38: The noble price for peace is given in the city of :

Q No 39: Which is the largest gland in the human body?

Q No 41: The first Pakistani who became the judge of “International Court of Justice” was:

Q No 42: The UN Security Council consists of :

Q No 44: Pakistan has recently been elected non-permanent member of United Nations Security Council for the:

Q No 45: What do you understand by the term “Kerb” in foreign currency dealings?

Q No 48: Pakistan highest mountain peak K-2 is located in the:

Q No 50: The Study of the science of populations is called:

Answers
Q No 51: According to the recent report of World Health Organization, which infectious disease is causing maximum number of casualties in the world?

Q No 52: The world oldest surviving monarchy is in:

A. Sudden cooling and contraction of the earth’s surface
B. Coming into the activity of some dormant volcanoes
C. Due to internal heat, sometimes water changes into steam and expands
D. All of the above

Q No 56: After USA which country is the second biggest arms seller in the world?

Q No 57: Digital Computer was invented by:

Q No 59: The highest literacy rate among the SAARC countries is in:

Q No 60: Identify the function of IMF:

Q No 61: The world largest island is:

Q No 62: Among the SAARC countries, the highest per capita income is of:

Q No 63: Which International agency supervised Indus Basin Treaty, 1960 between Pakistan and India?

Q No 64: Identify the longest glacier of Pakistan:

Q No 67: According to a recent survey, the world’s largest importer of weapons is:

Q No 68: Of the various agencies of the United Nations, the oldest one is:

Q No 69: “On China” recently published book is written by:

Q No 70: The foundation stone of the Sikhism’s holiest place “Golden Temple” at Amritsar was laid by: 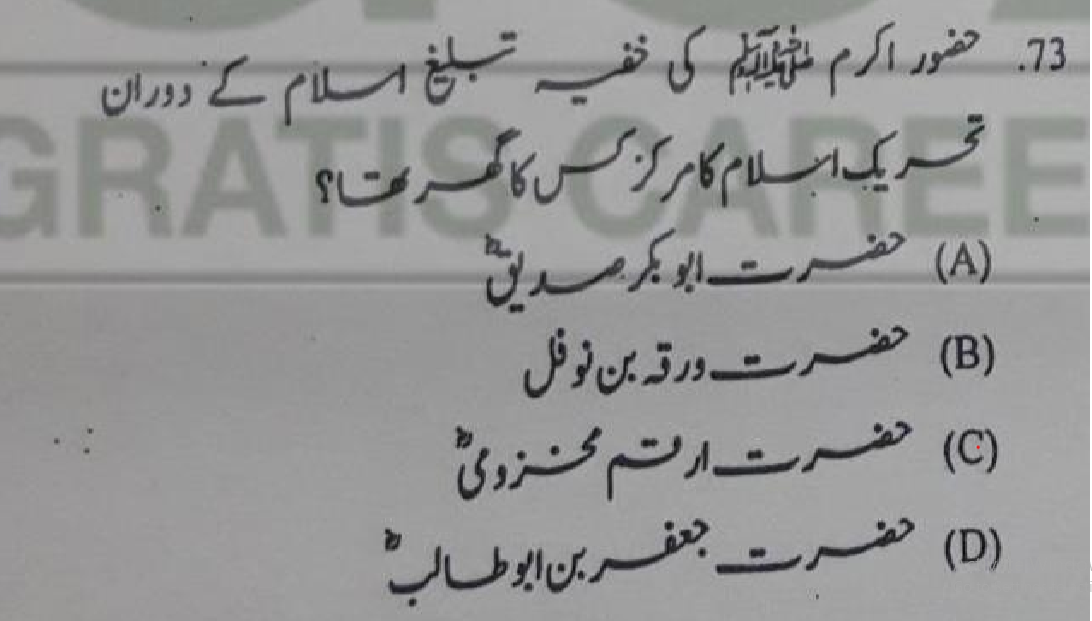 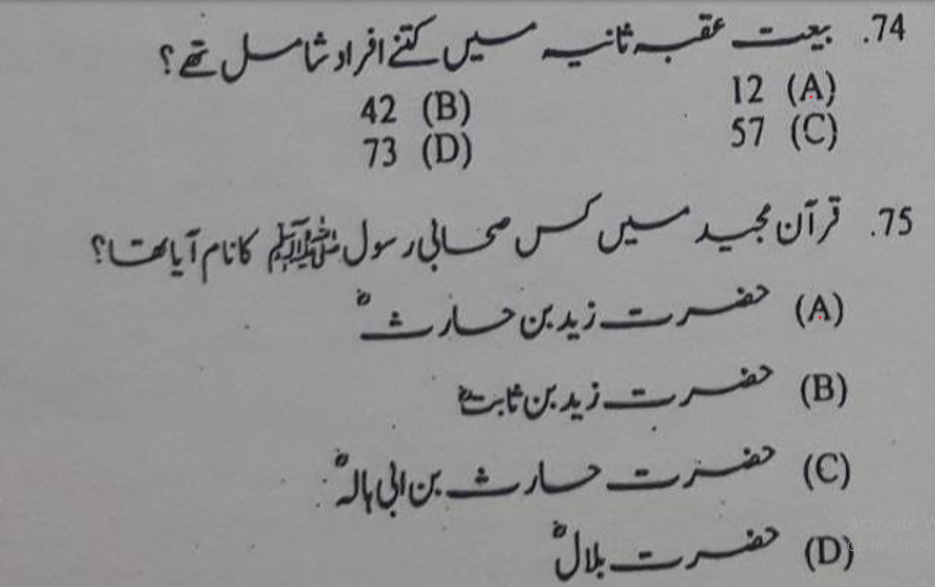 PESCO Test Preparation 2022 and Past Papers in PDF Available

ETEA Computer Operator Past Papers have been uploaded.

ETEA SST Past Papers have been uploaded.

More MCQs of Past Papers Uploaded..